“Too tired to enjoy life!” Have you checked your thyroid? 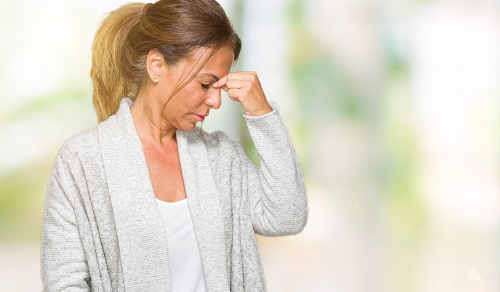 Many of us have busy, fulfilling lives packed with family activities, meet-ups with friends, demanding work schedules and hobby or two squeezed in just for good measure. Often, this wonderfully full life just feels like a list of chores you’re too tired to complete, let alone enjoy! There could be many reasons for this, adrenal fatigue being one, another is hypothyroidism. Below we hear how Agnes was able to feel herself again by controlling her hypothyroidism through hormone supplementation and dietary changes.

Agnes had first experienced thyroid issues after her first born child. Now, 7 years later, at 42 she was feeling as if the thyroxine she was taking to manage her thyroid was not enough. Whilst reducing symptoms it still left her with little energy to enjoy her life. Agnes had periods of feeling ‘okay’. She had a challenging job in PR and a demanding husband. She loved her life, but often felt she lacked the energy to enjoy what was going on around her. When stress peaked in work and family life, Agnes would experience periods of hair loss and fatigue that would last for weeks at a time. She continually battled with her weight and lack of energy and also suffered from PMS, becoming very fatigued and irritable the week before her periods were due.

Hormone supplementation
When testing for thyroid dysfunction most GPs check only TSH (thyroid-stimulating hormone) and T4 (thyroxine) levels. We assume that when these levels are normal then thyroxine is adequate, but for patients who still experience debilitating symptoms we should also check the T3 (tri-iodothyronine) levels. T3 is an active circulating thyroid hormone made from T4. When tested Agnes’s T3 levels were below the normal range, an indication of Wilson’s syndrome, which means that the body is unable to convert T4 into T3. We supplemented Agnes’s thyroxine medication with a small amount of T3 and it made all the difference to her energy levels and general feeling of wellbeing. When T3 is supplemented, it is more readily absorbed and has a more rapid effect (so it needs to be monitored very closely). We also prescribed her some progesterone cream to apply one week before her period, which reduced her irritability. She was very satisﬁed with this regime and remains so to this day. Of course, every six months Agnes has a checkup so we can assess her bloodwork and ensure her medication is still appropriate.

There are many ways you can support your thyroid nutritionally. This is important because there are many foods that can interfere with and suppress thyroid function.

We recommended that Agnes cut out all stimulants such as caffeinated drinks (tea, coffee and ﬁzzy drinks), as these all place a burden on the adrenal glands, which then rely on the thyroid gland for support. This is known in medical terms as the adrenal–thyroid– hypothalamic-pituitary axis, and is a ﬁne example of how the glands of the endocrine system work together to support the body. Agnes replaced caffeine with rooibos (African red bush) tea, which would give an uplifting feeling without the caffeine. Rooibos is widely available in supermarkets and health food shops. We also suggested an excellent South American tea called yerba maté, which is also naturally stimulating and now widely recognised for its antioxidant properties. We felt that these substitutes were important for Agnes, as she had relied heavily on caffeine to ‘keep her going’ when she felt so exhausted – but in fact it was doing the exact opposite in the longer term. Surprisingly, Agnes didn’t suffer any of the usual symptoms of caffeine withdrawal – night sweats, irritability, headaches and stomach upsets – and found a new passion for rooibos tea. She felt noticeably better within a few weeks and realised what a mistake she had made by propping herself up with copious amounts of coffee and tea. 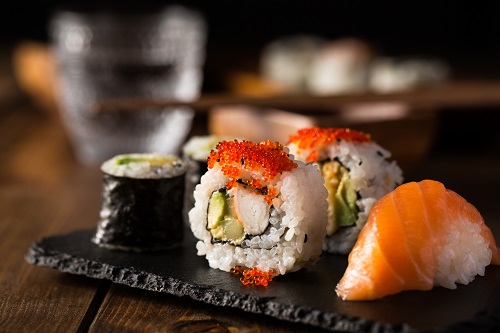 The role of Iodine and Zinc

In addition, we suggested that Agnes eat plenty of sushi wrapped in nori seaweed. Nori (along with other seaweeds) is a rich source of iodine, an essential mineral for the support of the thyroid. Iodine is often lacking in modern food because most of it has been farmed out of the soil in the Western world. Iodine and zinc, which are found in shellﬁsh, whole grains, nuts and seeds, are both vital for healthy thyroid function. We recommended that Agnes eat sushi and shellﬁsh once a week. 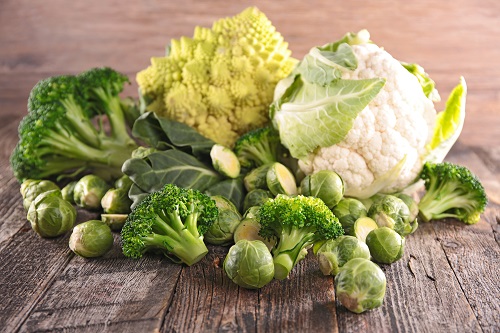 Finally, We advised Agnes to keep away from foods that have a thyroid-suppressing effect. They are known as ‘goitrogens’, as their suppressing nature can induce a goitre in the base of the throat area, which is a sure symptom of thyroid disease. These foods, while considered healthy for most, should be restricted in anyone with an underactive thyroid. They include broccoli, cabbage, bok choy, cauliﬂower and Brussels sprouts – all members of the Brassicaceae family of plants. Cutting out brassica vegetables to a large extent encouraged Agnes to look for new vegetables that she had not included in her diet previously, such as squashes, beans and root vegetables. According to Thyroid UK, it is thought that the enzymes involved in the formation of goitrogenic materials in plants can be destroyed by cooking, so if you do eat these make sure they are thoroughly cooked.

If you’re having issues with exhaustion, the best place to start is to check your hormone levels. Start your journey back to health, energy and balance today. To book a consultation, please call our Patient Care Team on 020 7191 2378, email secretary@mariongluckclinic.com or use our book an appointment form.