The Importance of Pelvic Floor Muscles in Menopause 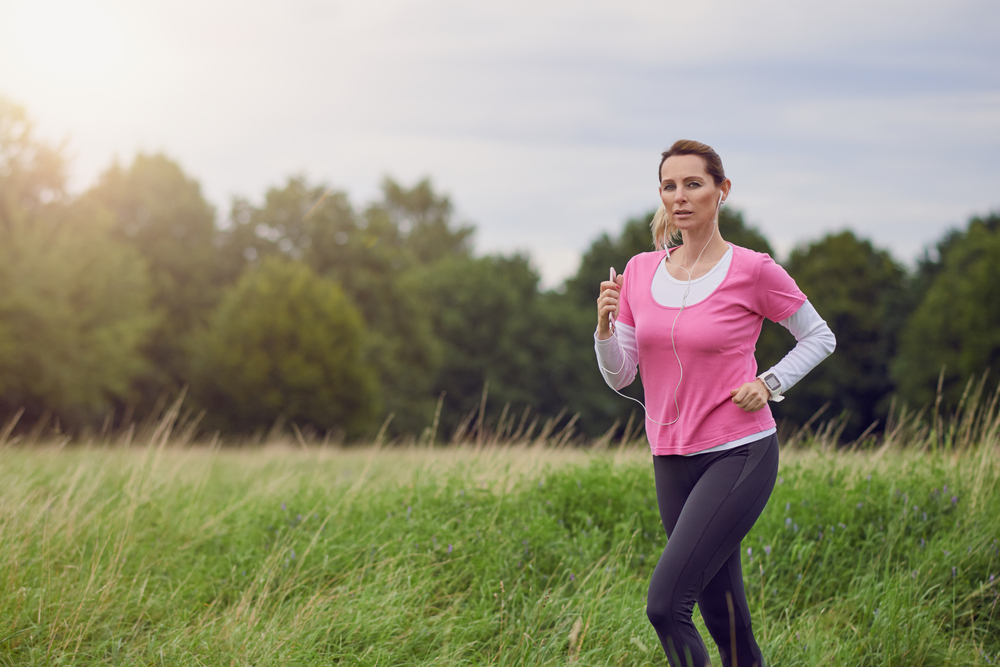 Ivana Daniell, pioneer of the revolutionary Ivana Daniell Method (see below), explains why women need to better understand the role of the Pelvic Floor muscles in Menopause. 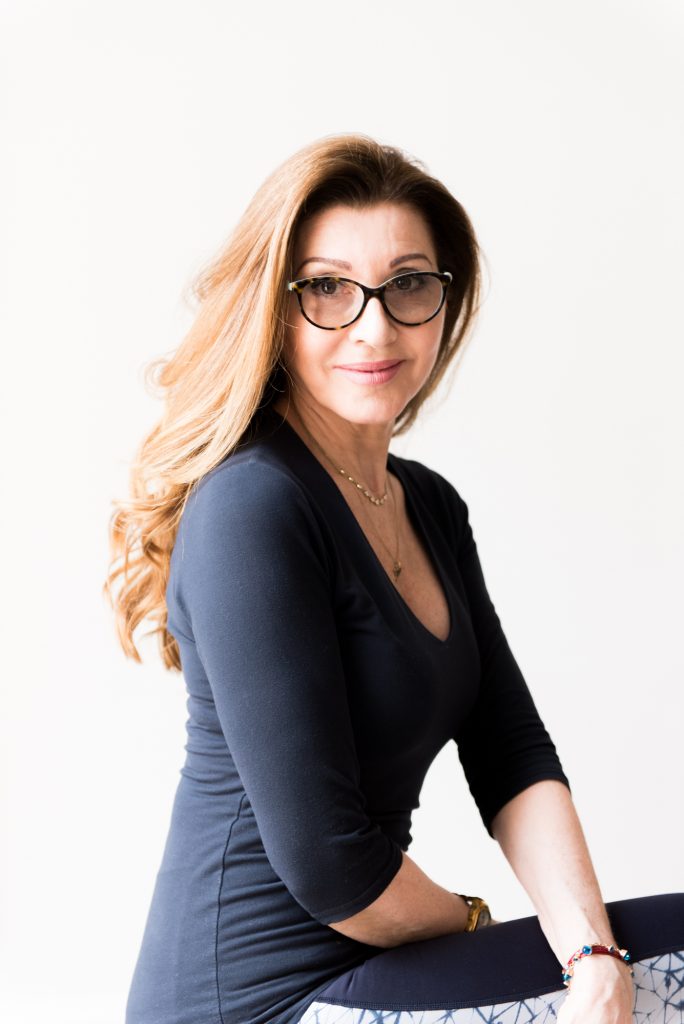 What Is The Pelvic Floor?

The pelvic floor is made up of layers of muscles and tissue and plays a most important role in a woman’s life and health. These layers stretch like a hammock from the tailbone at the back to the pubic bone in front, supporting the reproductive organs and the bladder.

Sadly, in this technological and medically advanced age, most women are not fully aware of the importance that these muscles play in the body. It is essential that people, but in particular women, become better educated and informed about the importance of the pelvic floor muscles, and understand that when they became weak it can have serious implications for health and posture.

I call the pelvic muscles the woman’s fountain of youth; they are the anchors of our Core muscles. If the pelvic floor muscles are maintained and kept strong and active especially after menopause we can enjoy a better posture, a better figure and feel more confident. 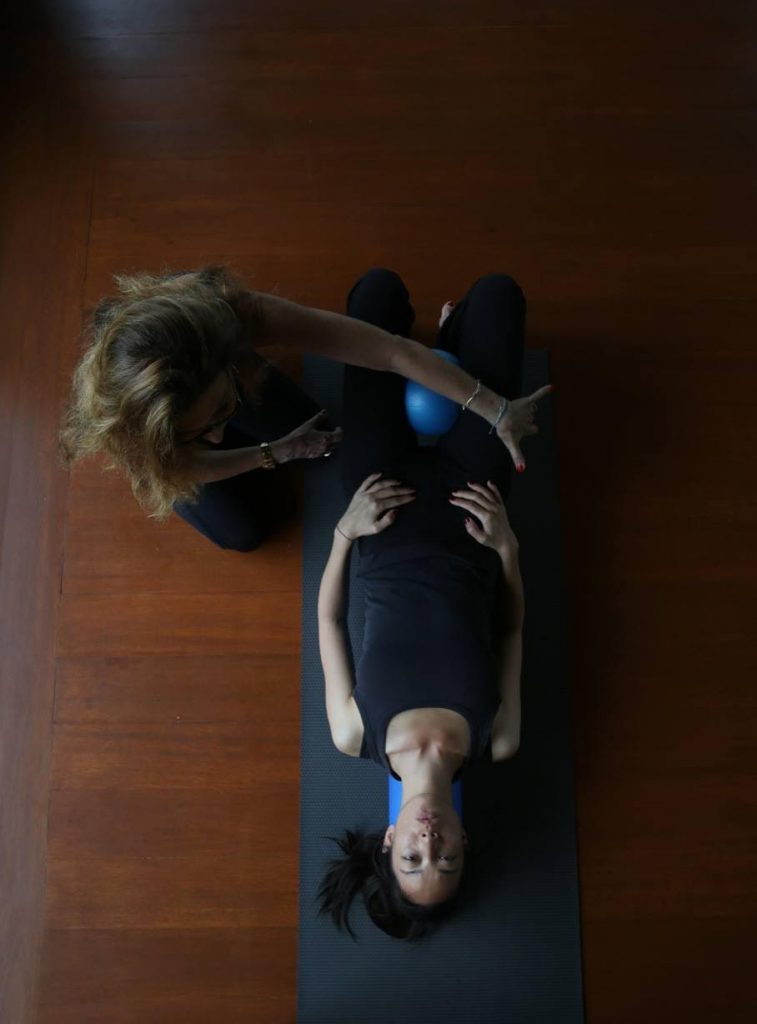 What Do Pelvic Floor Muscles Do?

A healthy Pelvic Floor can prevent women from suffering issues such as urinary incontinence, to more serious conditions such as Uterine Prolapse. Over time, the Pelvic Floor muscles and the pelvic ligaments are affected by pregnancies, the process of giving birth, and later, by the hormonal changes of Menopause.  Like every other muscle, pelvic floor muscles need to be exercised in order to get stronger.

We all wish for a flat tummy, no matter what age we are, and another important factor when discussing the importance of the Pelvic Floor muscles, is their effect on the lower abdominal muscles. The pelvic floor muscles are the precursors of the Transverse abdominal muscles, so as they contract they activate the lower abdominals just like a zip on a tight pair of jeans. The stronger your Pelvic Floor muscles are, the flatter your tummy will be. 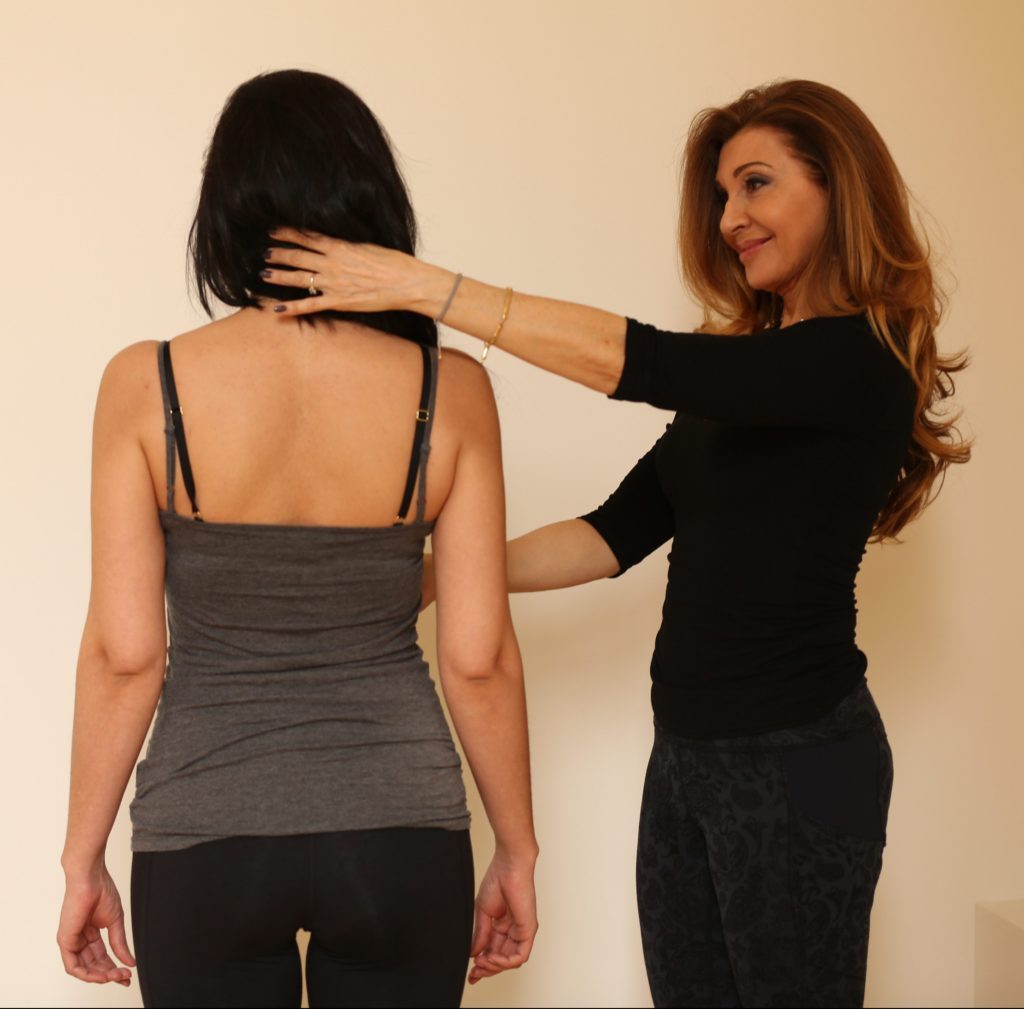 The Importance of Pelvic Floor Muscles in Menopause

A strong pelvic floor will also a positive effect on your posture because strong pelvic floor muscles and ligaments will help your hips and spine stay in the correct neutral position. A strong core facilitates correct posture and therefore will help you to get rid of any lower back pain, which is most often related to the weakness of the pelvic muscles during and after menopause. Anyone can enjoy the benefits of strong pelvic floor muscles at any age, especially after the menopause, helping to ensure a sexy natural corset (the core) and a strong and healthy posture.

And yes…both men and women have pelvic floor muscles. It often comes as a surprise, however anatomically both genders need to pay attention to their pelvic floor – although there is a difference. In men, such muscles are generally more stable and stronger. Simply put, men don’t carry babies and do not have many of the hormonal fluctuations that women do which helps maintain the strength of these essential muscles.

Nevertheless, in men, they can also become weakened. The main causes would be a prostate operation, urinary problems, chronic constipation, being overweight, lumbar spine pathology and an abdominal operation. 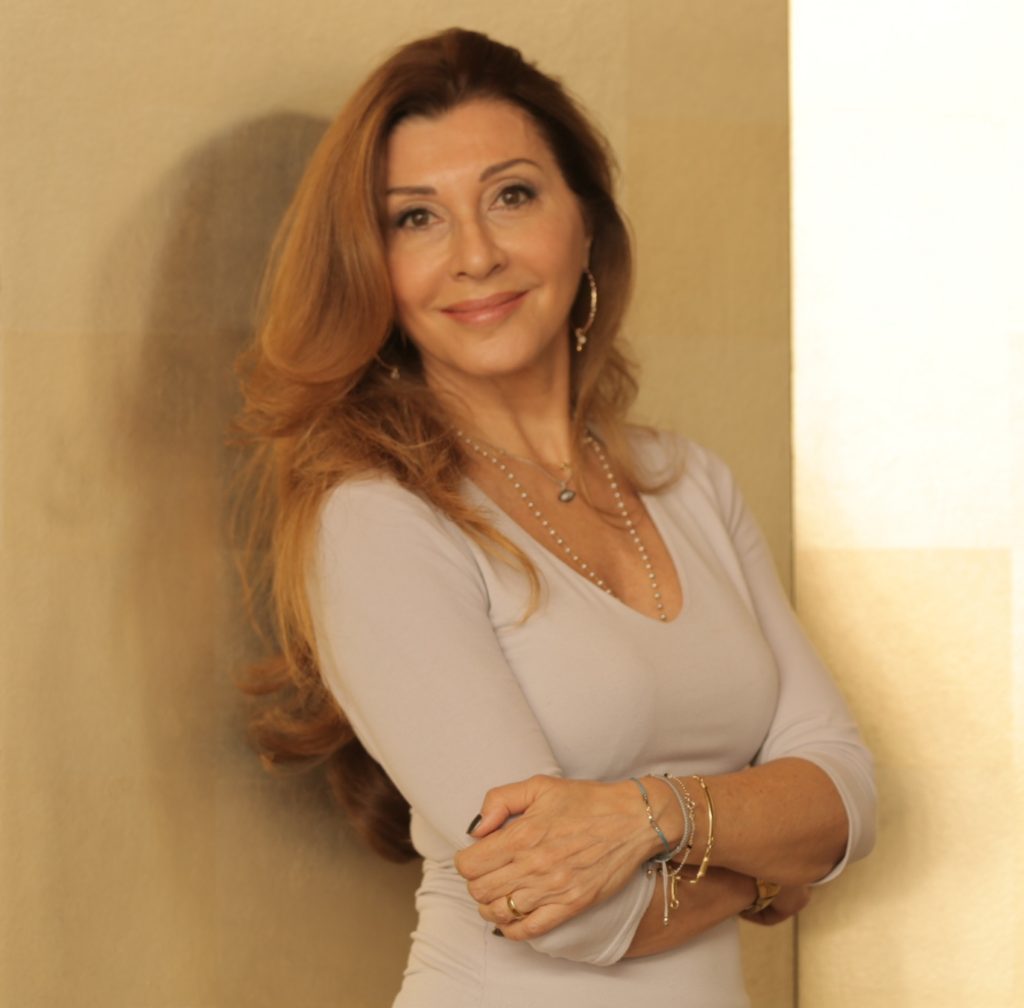 Where To Find Ivana Daniell

Ivana Daniell offers talks and workshops to teach you how to exercise your Pelvic Floor muscles at her London studio. Her tailor-made programme works on strengthening your pelvic floor muscles in a way that is easy, pain-free and can be done in the comfort of your own home or even while you work, sitting at your desk! Find out more on www.ivanadaniell.com or email her directly on ivana@ivanadaniell.com.

Ivana Daniell, a graduate of the renowned Laban Centre in London is the founder and director of Ivana Daniell Body ID and creator of the innovative Ivana Daniell Method.

Ivana’s Method is based on many years of professional experience in dance, Intelligent Movement, Movement Therapy, and observations of the human body.

Dealing with a bad back injury in the past became Ivana’s main motivator to make people feel better. She has worked for the past 30 years with amazing people from all over the world, and her clients have become her true inspiration.

Italian born, Ivana is an international authority and visionary on functional exercise and posture, working in collaboration with renowned doctors and clinics in London and in Singapore, such as The Private Clinic, The Marion Gluck Clinic, Camden Medical Center Singapore. Ivana has pioneered a revolutionary approach to exercise; profoundly changing people’s lives by applying a holistic approach that encompasses a person’s lifestyle, physical and mindful wellbeing.

Drawing on the worldwide experience of developing her method in Asia, America and Europe, Ivana introduced the Pilates Method and other intelligent movement methods in 1998 to Singapore and South-East Asia. In 2000 Ivana opened the first Pilates and Rehabilitation Centre in the prestigious hospital Camden Medical Centre in Singapore. For over 10 years Ivana has been a consultant to the exclusive Aman Resorts hotel group, using her expertise and knowledge to establish Amanpilates studios in the Aman Resorts throughout the world.

In 2011, Ivana moved her base of operations to London where she now runs her Posture and Exercise Rehabilitation clinic in the renowned Harley Street medical hub. Ivana’s commitment to the philosophy of intelligent movement attracts clients from all over the world, from royalty to film and music personalities, athletes, and professionals, providing them with ongoing personal success.

Since 1998, Ivana has appeared extensively in television programs throughout Asia and published in newspapers and magazines in Asia and Europe (amongst others, The Times, Daily Mail, The Evening Standard, You Magazine, HELLO Magazine and 2014 Tatler Guide, and the latest in Asia SPA and SPA China).

About the Ivana Daniell Method

The revolutionary Ivana Daniell Method teaches an intelligent way to approach and practice exercise. People learn to move in a more efficient way, with optimal results, and without any risk of injury. Practitioners of the ID method will improve many aspects of their lifestyle. In particular, their postural alignment their performance in athletic activities, and they will be free of aches and pains. Ultimately they will transform their bodies in a beautiful, and balanced way.

Ivana ID method reconnects people to their innate body intelligence and natural muscle connections that have been lost during years of bad habits and poor lifestyle choices. After a detailed Ivana Daniell Signature Postural Analysis, a bespoke exercise programme is developed based on the person’s lifestyle, body type, and medical history. 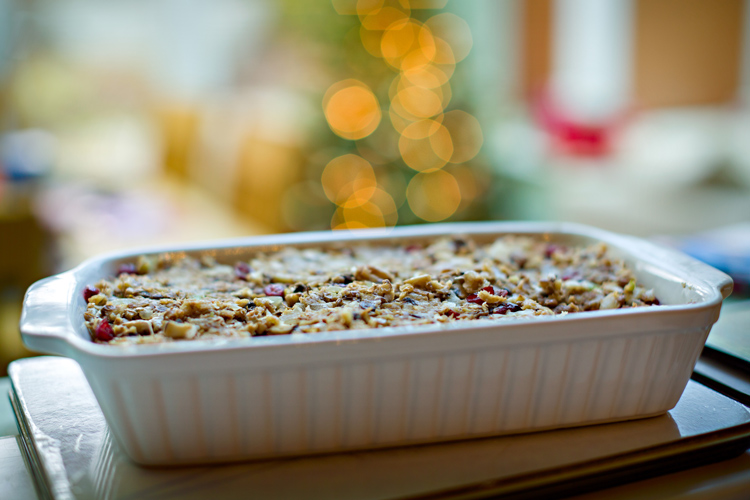 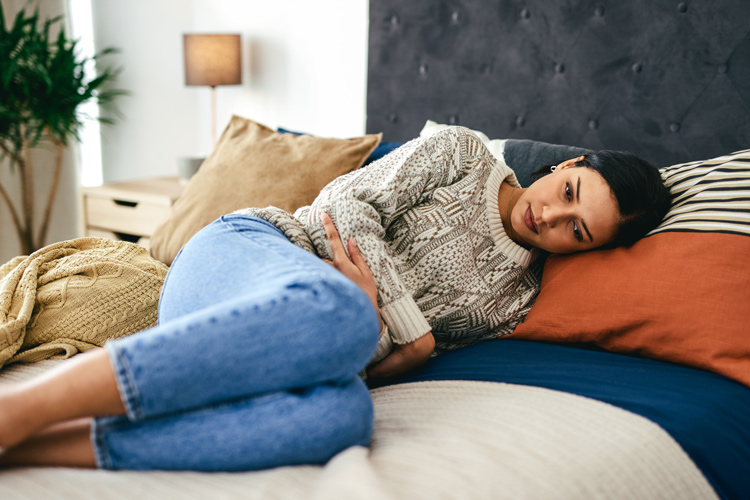 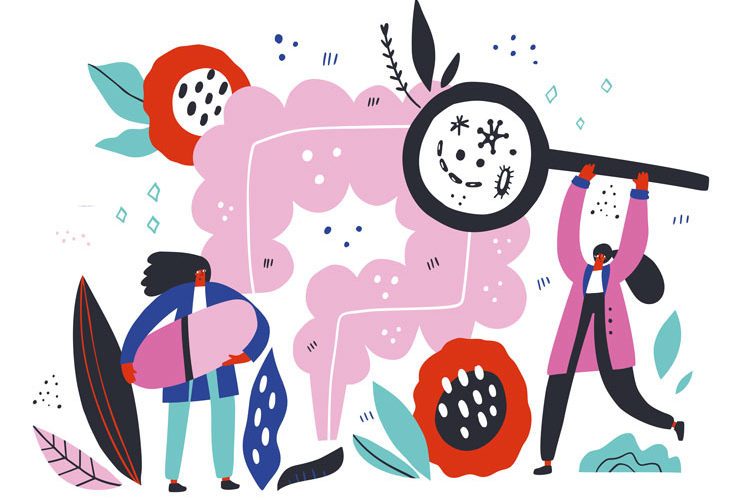